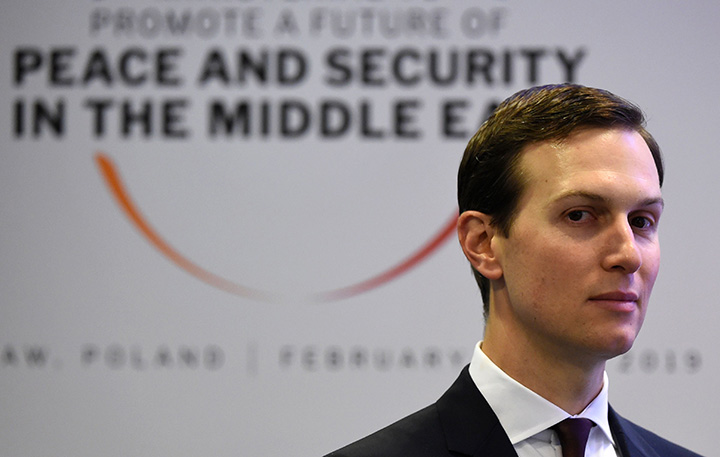 Below is a conversation between Drs. Brad Nelson and Yohanes Sulaiman on the recently unveiled US plan to resolve the longstanding Israeli-Palestinian hostilities. This plan has been the pet project of President Trump’s son-in-law, Jared Kushner, who has been charged by Trump to deal with the Israeli-Palestinian issue. It largely deals with political and security matters and is the second document released by Kushner and his team. The first document, released in June 2019, concentrated on improving economic conditions in the region, with specific attention to the Palestinians in the West Bank and Gaza, as well as Lebanon, Jordan, and Egypt.

BN: All right, Yohanes, what are your thoughts on the Trump/Kushner plan? I think it's safe to say that the Israelis certainly love the plan. After all, the plan is a pro-Israeli one. It neuters a potential Palestinian state. And the Israelis get all of the concessions, including formal recognition of their settlements in the West Bank (which were previously seen as illegal by the US). The somewhat surprising thing is that there has been little blowback to the plan throughout the broader Middle East. No protests, no violence, etc. Ian Bremmer claims that the ME has moved on from the Israeli-Palestinian conflict, and that looks to be spot on. And behind the scenes some of the Arab states are recommending the Palestinians negotiate with the plan.

At this point, the Israelis, are in a good spot. They are the dominant power in the relationship with the Palestinians, and the mood in the region (at least at the governmental level) is increasingly supportive of the Israelis, with Arab states actually wanting to work with them (on technology, intelligence sharing, containing Iran, etc.). The Trump/Kushner plan reflects, and also instititionalizes, these facts.

YS: The Trump plan shows the realities that nobody—especially the Palestinians—is going to accept. But at the same time, the silence in reaction to the plan is deafening. There are no major anti-US or anti-Israeli demonstrations. It is very different from back in 2000s. While you have the usual suspects (e.g., Palestinians, Turkey, and Iran) against this plan, the rest of the region is very diplomatic. This shows the reality now that Israel is no longer seen as a threat, it’s a status quo power, and in fact the biggest threat in the Middle East is Iran.

BN: Yeah, I agree that worries about internal stability probably are factoring into how regional autocrats have responded to the Trump/Kushner plan. But additionally, the regional environment—of which the Arab Spring is connected to and has shaped—is much different than 10, 15, 20 years ago. It's more violent, conflictual, unstable, and chaotic. And as a result, there are many more things on the radar of the region's despots. The rise of Iran. Yemen. Iraq. Syria. Terrorism. Libya. The Palestinian cause has slipped behind most if not all of these traumatic issues. Also, it doesn't help the Palestinian cause that the biggest issue to the Sunni states—the rise of Iran—has caused them to warm up to Israel and not want to jeopardize relations with Israel. As you mentioned, it's probably up to Iran and Turkey to go to bat for the Palestinians. But those two states, especially Iran, are the worst states to take up the Palestinians' cause, because the US and Israel won't listen or negotiate with them on the Israeli-Palestinian conflict.

YS: An overlooked factor is the generational change at work in the Middle East. The median age of Middle East people is 26.8 years, meaning more than half of the population was born after 1990 and came of age in the mid-2000s, far removed from the struggle of the Palestinians, the Arab-Israeli wars, etc. When you add in the fact that the economies of many Middle East states are in decline, such that even Saudi Arabia has to engage in economic reforms (e.g., selling part of ARAMCO, the family jewel), I'd hazard to guess that the unending Palestinian struggle no longer significantly registers among young people.

BN: So where does the moribund peace process go from here? Does the can get kicked down the road once again? Or do you foresee any effort—by either the Israeli or Palestinian side—to engage with the Trump/Kushner plan?

YS: Basically for Trump, it is "my way or the highway." As long as Trump is in the White House, this will basically freeze the status quo. The Palestinians won't negotiate under that proposal anyway, and that gives Israelis the excuse of not doing anything to advance the peace process. In any case, I think the peace process has been long dead, and this is just the final nail in the coffin. Like it or not, the regional security situation has changed drastically and the only group still stuck in the 1970s (unfortunately) are the Palestinians. Like you mentioned, the rest of the region has moved on.

BN: For precisely those reasons, I do wonder if it's in the Palestinians' best interests to engage with the plan and earnestly work toward a final resolution to the hostilities. The power dynamics are tilting greatly toward Israel's advantage and nobody in the region is interested in defending or saving the Palestinians.

Frankly, these facts are what Kushner is hoping will prod the Palestinians to the table. His interviews lately (with Bremmer and Fareed Zakaria, in particular) have argued that the Palestinians can negotiate now, receive aid and other help from the global community, work toward internal political stability, and get their state in a few years; or they can avoid the plan, let the situation on the ground, like in the Gaza Strip, further deteriorate, and face the situation later when the Israelis are in further control of Palestinian lands. If they try to negotiate later, so goes the logic, the Palestinians will do so with far reduced leverage. It's another way of saying to the Palestinians: "You might not like this plan, but you definitely won't like any plan in the future, and in fact you'll probably hate any future settlement, so save yourself the trouble and work with us now."

The US and Israelis are engaging in coercive bargaining with the Palestinians, and the Palestinians know it and are trying to resist it, because they don't want the terms of any deal dictated to them. They feel cornered. Unfortunately for them, they are holding out for more, for a better deal, but that deal will probably never arrive.

YS: It will require much better leaders in both Israel and Palestine to restart talks. The only reason why Arafat agreed to Oslo was because Palestine was totally isolated internationally. He had nowhere to go. Abbas is held hostage by the extremists (e.g. Hamas and Islamic Jihad factions).  In the end, he cannot make any compromise even if he wants to, else he will be deposed.

On the Israelis’ side, the Netanyahu's government is beholden to its political allies on the right, who are very unlikely to give up anything in negotiations with the Palestinians. And with the corruption scandal looming, Netanyahu has to keep appeasing them with hawkish policy positions.

In essence, internationally, the situation is very unfavorable to Palestine, and, domestically, it will be political suicide for both the Israeli and Palestinian governments to compromise. The only viable option right now is to do nothing.
Posted by Center for World Conflict and Peace at 10:56 PM