What's At Stake for Prabowo 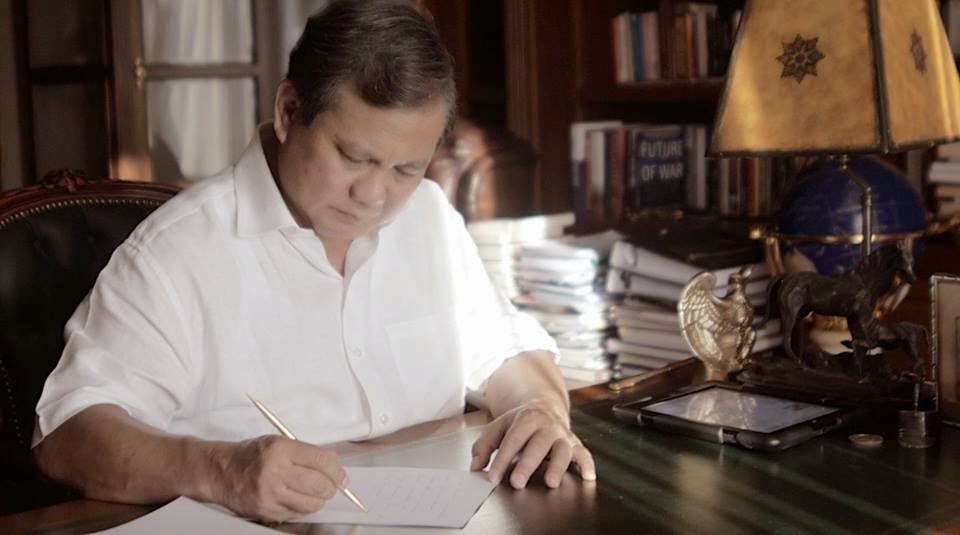 First, let's be clear about one thing: Prabowo Subianto is not stupid. He is a very smart guy with a firm understanding on how politics work. And he created and ran a strong campaign team that nearly won him the presidency.

Therefore, it is very doubtful that Prabowo truly trusts the four survey groups, LSN, IRC, Puskaptis, and JSI, which are currently under fire for publishing questionable results, that have him in the lead. After all, had he trusted those outfits, there's no way in hell he would have been able to close the 30% gap in popularity between him and Jokowi, because these survey groups had been constantly publishing numbers favorable to Prabowo by healthy margin in the past couple of months.

But here's the big question: why has Prabowo decided to fight on rather than concede defeat?

Edward Aspinall and Marcus Mietzner have penned a very interesting analysis that everyone should read at New Mandala. I agree that one of main goals of Prabowo right now is to muddy the statistical waters, making the legitimacy of Jokowi's victory seem questionable. Still, I don't buy the argument that Prabowo is going to steal the result. He must know that virtually everyone is watching the Elections Commission very closely, including the anti-Corruption Commission. The analogy is this: would you steal money from a bank that you know was watched by the entire town?


The court also ruled that the current election mechanism contradicted the Constitution, which considers the legislature and the executive equal in power. “The checks-and-balances mechanism between the House of Representatives and the presidency doesn’t work well.”

Because short-term coalitions form soon after the legislative election for the sole purpose of nominating a presidential candidate, the winner in the presidential election has to include members of those parties in his or her Cabinet, thus reducing the effectiveness of House oversight over the executive, it said.

In its Thursday verdict, the court turned down a request that the 2014 elections be held at the same time. The court said that a simultaneous election in 2014, would create “chaos and legal uncertainty”.

[We] suspended the implementation of the ruling until after the 2014 elections. In the future, [the mechanism] should follow the ruling and separate elections are no longer possible,” Justice Fadlil said.

Keep in mind that the court had decided on a judicial review from Effendi Gozali but has not yet answered Yusril Ihza Mahendra's challenge that only a political party or coalition of political parties that won 25% of national legislative votes could nominate a presidential candidate. So there is a chance of actually having judges in the Constitutional Court declare that both the election process and the next government is illegitimate.

Granted, this is a scorched-earth attempt that might alienate many voters -- including his own voters, but that's the main reason Prabowo's team has been accusing Jokowi of attempting to steal the election via public opinion polling firms: to shore up his base so they would be willing to accept this kind of tactics.

At the same time, it is also doubtful whether the PDI-P itself is willing to be dragged into a long, and very expensive legal fight, with the risk of redoing a very expensive election. It is more likely that the PDI-P will be willing to strike a deal, giving a couple of ministries to Prabowo and ending up with stronger position in the parliament.

That, I think, is the main objective of Prabowo's challenge, to squeeze some lemonade from the lemons that the election gave him.
Posted by Unknown at 11:52 AM