Barack Obama's upcoming trip to Asia--to Malaysia, the Philippines, South Korea and Japan, specifically--comes at a distressing time for America's friends in the region. Sure, there are the historical differences between Japan and South Korea that have resurfaced because of various statements and moves by Shinzo Abe and various figures in his administration. But the heart of these anxieties revolves around China, the growing behemoth that's looming over the present and future of Asia.

America's allies, such as Japan, South Korea, the Philippines, and Australia and Taiwan, to name but a few, are facing the prospect of a rising China economically and militarily dominating the region. On the economic front, there is the risk that they'll eventually be "Finlandized," as a natural course of trade and commercial ties with China. That is to say, growing interdependence in the region, with China as the central economic hub, will gradually realign the interests of America's friends in ways that are consistent with Beijing's. In short, they'll simply get sucked into China's orbit.

Meantime, on military and security matters, China's rapidly increasing defense budgets, its streamlined foreign policy apparatus, and its improving naval capabilities threaten the safety and security of countries in Asia. In response, U.S. allies, like the Philippines, have resorted to legal recourse to resolve disputes. They have also ramped up their defense budgets and are in the process of procuring the newest and latest vessels, subs, aircraft, and so on. But most important is the role of the U.S. in preserving a balance of power throughout the region. Even U.S. allies readily admit this.

The problem, though, is that these countries fear being abandoned by the U.S., that America won't have their back in times of need. These fears of abandonment are acute at the moment. You see, U.S. allies are concerned about what they see from the Obama administration, Washington and America more generally. And what they observe is a weakened, distracted and increasingly inward-focused U.S., one that's suffering from a political, security and economic malaise.

What's the evidence? Where to begin?

1. America is still recovering from its worst economic catastrophe in 70 years, and has implementing widespread budget cuts, particularly on foreign affairs. Will the U.S. have the financial wherewithal to provide a meaningful, longstanding commitment to Asia?

2. As seen in last year's government shutdown, which forced Obama to cancel his planned trip to Asia, America's Congress is dysfunctional, too often prone to partisan politics and bickering, rendering the body unable to deal effectively with issues and problems--whether these issues and problems are at home, Europe, Ukraine, the Middle East or Asia. Congress, at this point, is purely a reactive body. But is that sufficient to deal with the rise of China?

3. Asian countries widely believe that the U.S. can't pivot from the Middle East. Too many problems, too many interest groups, and too much oil will dictate that America won't be able to "rebalance" from the Middle East to Asia. Asia will remain second fiddle, at best, in U.S. foreign policy.

4. After more than a decade of two wars, with dollars and human lives lost forever, America is seemingly retreating from the world. Even polling data is now starting to support this assessment. An inward-looking America doesn't have the time or patience or resources for Asia, right?

5. And then there's Ukraine. Rumblings from Asia indicate that local leaders are alarmed at how Team Obama has handled the dismemberment of Ukrainian territory. In their view, Obama has effectively given Putin a free pass at annexing Crimea and possibly parts of Eastern Ukraine. They worry that his passive stance toward Russia is how he would deal with China in the event that Beijing attempts to seize control over the South and East China Seas. And quite frankly, given how Obama responded to China's ADIZ over the East China Sea last November, they have just cause to be very concerned.

All of the above, combined, points to the idea that there are good reasons to question how committed the U.S. will be to its Asian allies over the long-term. As should be obvious, one visit to the region by Obama will hardly soothe all of these concerns. And promises--either by Obama or his associates--will help but will only go so far. Japan, South Korea, the Philippines and Taiwan want concrete action.

It's a good thing that the Trans-Pacific Partnership is on Obama's agenda. In my view, getting the TPP done and ratified--of course, something that's far from guaranteed, for lots of reasons--would probably help America's friends the most. As an institutionalized mechanism, it forces the U.S. to make a long-term commitment to the region. The TPP would likely strengthen the economies of participating countries--most importantly, Australia, Brunei, Japan, Malaysia, New Zealand, Singapore and Vietnam--especially in relation to China. And it would also enable the U.S. and its Asian partners to begin to write the economic rules that will define the 21st century, the rules by which China will have to abide.

The TPP isn't a panacea, to be sure. But it's the type of tool that the U.S. ought to be thinking about more in the context of its ties to Asia. Heck, maybe the TPP could get the ball rolling for the U.S. to start drafting ideas on security institutions in Asia. For instance, what about an Asian NATO? Or maybe a more loose security framework, like a non-aggression pact? Something to think about.
Posted by Center for World Conflict and Peace at 5:01 PM No comments:

What We Learned From the 2014 Indonesian Parliamentary Elections 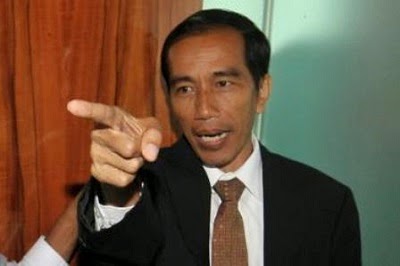 1. Joko Widodo is not invincible

In the past few months, virtually every political poll declared that Joko Widodo (also known as Jokowi), the current governor of Jakarta, is a shoo-in to be the next Indonesian president. All surveys noted that the PDI-P, Jokowi's party, would gain a huge boost in the election by declaring Jokowi to be its presidential candidate.

Granted, 19% of the vote is a respectable gain and that still puts the PDI-P as the front-runner. Still, with all the euphoria about Jokowi, the result may disappoint people within the PDI-P and open the floodgate of criticisms from people within the PDI-P who are opposed to Jokowi's candidacy (because he is not part of the old guard and a relatively a newcomer to the national politics), questioning where's the so-called the "Jokowi effect," which promised to bring the PDI-P the windfall of voters.

There are three problems with this argument.

First, there is a lot of evidence, both anecdotal and also in surveys, that the PDI-P wouldn't gotten its 19% of the vote without Jokowi. In the last election, the PDI-P only garnered 14% of the vote, and at this point, there is basically a "Megawati fatigue" (Megawati is the head of the party and the PDI-P's candidate for presidency in 2009) that would have driven voters away had Megawati run again this time. So, in a sense, the PDI-P would probably do far worse without Jokowi as the standard bearer. (Also keep in mind that in the past few weeks, Jokowi was the target of almost every black campaign circulating in Indonesia.)

Second, it was only very late in the race that Megawati decided to declare Jokowi as the PDI-P's candidate for presidency, making many people very suspicious about whether Megawati was sincere in putting Jokowi forward.

While it is too early to declare that Jokowi's candidacy dead -- he is still, I think, the most popular politician in Indonesia and has the best shot to be the next president; however, his aura of invincibility is broken. Fair or not, Jokowi and the PDI-P's inability to live up the hype has resulted in damage to the Jokowi brand. And worse for him, up until now, the media, afraid of his popularity, has been treating him very gently. This setback may embolden some of the media, owned by his opponents, to start hitting him.

UPDATE: Right on cue, the circular firing squad had begun (in Indonesian). 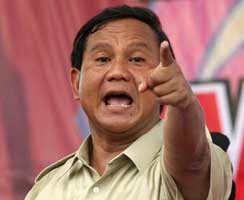 Regardless of what you think about him, it has to be admitted that Prabowo Subianto is the big winner in this election. His Gerindra Party's share of the vote almost tripled, propelling the party from the bottom of the barrel to the third largest share of votes in the election.

Moreover, with Jokowi's aura of invincibility broken, Prabowo's ambition to be the next Indonesian president, already written off by many analysts, just got another breath of life. Should he play his cards right, he might be able to snatch victory from the jaws of defeat. 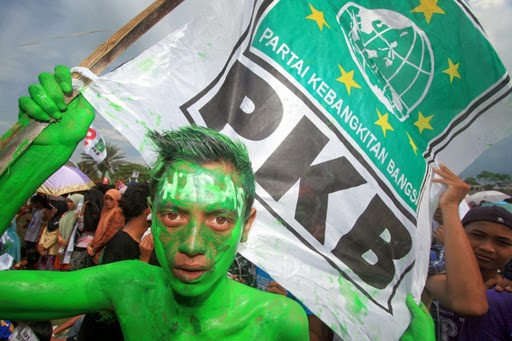 3. Reports of the death of religious parties have been greatly exaggerated

The religiously moderate parties, in spite of several public opinion surveys predicting them to receive around 3-4% of the vote, and thus written off as dead, managed to stay alive. This is especially the case for the PKB, which benefited from its relationship with Nadlatul Ulama, its parent organization. On the other hand, radical Islamist parties, such as the PKS, saw their support decline. 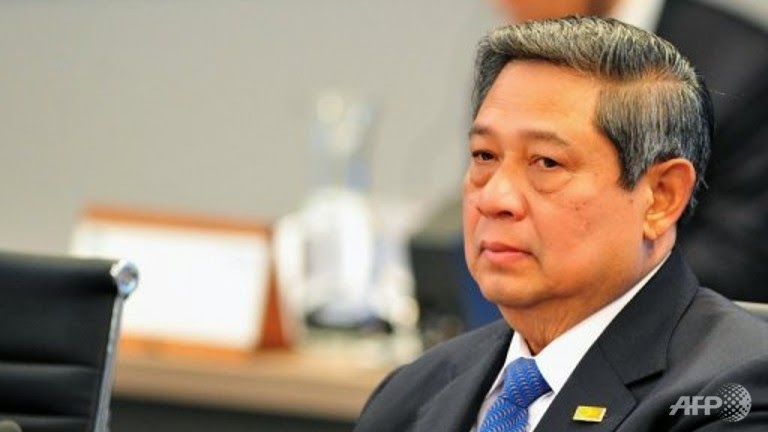 While the president and his party have been battered by corruption scandals and accusations of ineffectual leadership, the president is relatively still popular and this translated into a quite respectable result of 9% of the vote for the Democratic Party of Indonesia. Granted, this is far cry from the party's previous showing in 2009. Still, without the president's influence, it is very likely that the party's performance would be far worse. 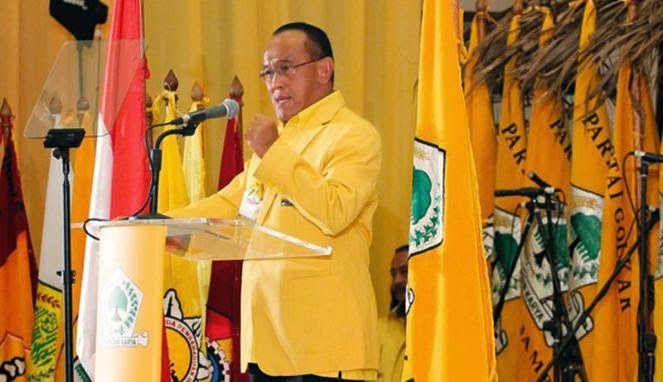 Because no party received the minimum required percentage of votes to name a presidential candidate (the rules stipulates that only a party or a coalition of parties that receives 25% of popular vote or 20% of the parliamentarian seats could nominate a presidential candidate), there will be a lot of deal-making and deal-breaking in the next few weeks.

This time, however, Golkar is led by the unpopular Aburizal Bakrie, who has nominated himself to be the party's candidate for president. Already, there are rumblings from within the party, wanting Aburizal Bakrie to withdraw his candidacy or at least allow members in the party to be courted as vice-presidential candidate by more popular candidates, such as Jokowi or Prabowo.

Expect a lot of internal squabbling in the next few weeks, especially should Bakrie remain adamant to fulfill his presidential ambitions. 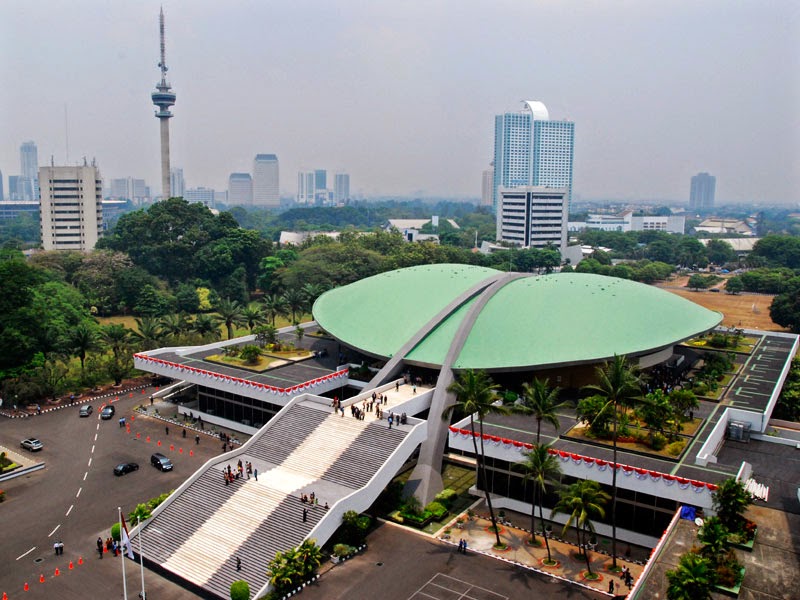 6. Next government may not be as good as hoped

Posted by Unknown at 1:41 PM No comments: